Can you use hydrogen peroxide mouthwash for your oral health? The answer is yes—but not too often and only when heavily diluted. And for goodness' sake don't swallow it!

You may be considering hydrogen peroxide mouth rinse because you're tired of spending money on big brand names, or you want to soothe sores or whiten teeth. If you are, keep reading, we'll answer all your questions including:

We also asked a few dentists from different dental practices for their opinions on using hydrogen peroxide mouthwash.

An important note before we begin: when we refer to hydrogen peroxide (HP) for use in mouth rinses, we are never referring to a solution with a concentration of more than 3%, and even then you should dilute it further with water.

If have any concerns about your dental health, you should always speak to a dentist first.

Hydrogen peroxide is an oxidizing agent that has disinfectant, antiviral, and antibacterial properties. It is also a mild antiseptic with a variety of household uses, including cleaning countertops and preventing infection in minor cuts and burns.

In diluted concentrations, with the degree of dilution depending on usage, it should be safe to use but may burn skin and should never be swallowed.

Benefits of hydrogen peroxide as a mouthwash

The benefits of using hydrogen peroxide as a mouthwash for dental health include:

What are dentists saying?

Dr J. Salim from Sutton Place Dental Associates says that not all dentists agree about the safety of hydrogen peroxide. He says that 1% HP solutions are excellent antibacterial agents, but they shouldn't be used too often or for too long.

Hydrogen peroxide can penetrate the enamel, dentin, and collagen-rich tissue found within the dentin, damaging it as a result. He also doesn't recommend HP rinses as a whitening solution.

“To obtain meaningful teeth whitening results with HP-based mouth rinses, you would need high concentrations which could harm your oral mucosa.”

He goes on to say that higher concentrations are safe for professional dental use because your gums are protected with hardening resins or a liquid rubber dam.

Another dentist, Dr Sonal Bhoot from Dental Expressions Leawood agrees that a hydrogen peroxide mouthwash can reduce bacterial growth, but he is more generous in promoting it as a way to whiten teeth—only, of course, when used with the “utmost care and precaution.”

Dr William Cranford from Cranford Dental says it can help lower the levels of bacteria in the mouth for a short period of time. For this reason, in fact, during the COVID pandemic, he and his team are asking patients to gargle with a hydrogen peroxide mouth rinse prior to going in for dental treatment.

“If it makes your mouth feel better, use HP as a mouth rinse; however, this does not clean the teeth as brushing does. We do not recommend HP for bleaching the teeth or to deal with decay or sore teeth or gums.”

Dr William Cranford also warns that using it too much can turn your tongue black!

Finally, Dr Esteban Kosak from Symptoms Care says that you should use hydrogen peroxide alongside regular brushing.

He also says that it can whiten teeth, but using it every day will negatively impact your oral health. In fact, he recommends limiting use to just a few times per month.

Summary of dentist opinions on mouthwash with hydrogen peroxide

Of all of the dentists we asked, most could agree that HP mouth rinses:

How to make hydrogen peroxide mouthwash

There are quite a few different homemade mouthwash recipes using hydrogen peroxide available. So, to make sure you are using a recipe that uses a safely diluted amount of hydrogen peroxide, remember the following rule. Mix 1 part 3% peroxide solution with 2 parts water. And, if you purchase a 1% solution, you don't need to dilute it.

How to use hydrogen peroxide as a mouthwash

Now that you have a recipe, you probably want to know how to use hydrogen peroxide mouthwash safely. The following video explains how to use it, how much to use and the risks and benefits:

So, how should you use hydrogen peroxide mouthwash for better oral health and hygiene?

If you're attracted to the frugality and simplicity of this DIY mouth rinse with HP but not so attracted to the actual HP itself, there are plenty of alternative homemade mouthwash options as well. Let's have a look!

You can make a simple baking soda mouthwash by mixing together 1/2 teaspoon baking soda and half a glass of warm water.

Just stir them together and swish for 30 seconds. This mouth rinse can soothe gums and canker sores, including mouth irritation caused by cancer treatment.

It can also be gargled to soothe a sore throat and to get rid of bad breath. Baking soda is alkaline, so it will neutralize acids that irritate sores and kill bad bacteria so you can heal faster. Unless directed by your doctor, this mouth rinse is for temporary use.

If you are concerned about the safety of hydrogen peroxide baking soda mouthwash, this study shows that these ingredients can be safely used together. And, they won't have a damaging effect on your dental health so as long as you don't use this mouthwash regularly.

An even easier natural mouth rinse to throw together is saltwater. Saltwater is another remedy for sore throats, canker sores, and inflamed gums, as it has antibacterial and healing properties.

It creates an alkaline environment in your mouth so acids won't cause more irritation. This is another rinse meant to help your mouth recover temporarily, as long-term use could weaken your enamel.

If you aren't averse to purchasing a mouthwash, there are plenty of natural options that are affordable, free of harmful chemicals and that can safely be used on a daily basis while providing many of the same benefits as hydrogen peroxide (but without the risks). One such option is Coco Black's Coconut Oil Pulling Mouthwash.

This mouthwash is made with coconut oil, peppermint essential oil, and medicinal activated charcoal to soothe teeth and gums and keep them healthy too. Plus it's got a gentle mint flavour that will keep your breath fresh all day.

Should you or shouldn't you?

Our takeaway after interviewing dentists, reading studies, and even consulting one of our own team members is this:

You can use a hydrogen peroxide mouth rinse, made with a maximum of 3% HP diluted with two parts water, to ease pain and facilitate the healing of oral cuts, canker sores, sore throats, and inflamed gums.

You should only use this mouthwash until you are feeling better, as prolonged use can damage your tooth enamel.

Furthermore, HP mouthwash is not recommended as a tooth whitening solution because to see results, you'd have to use it for an extended period of time or at a much higher concentration.

You can have a look below for a summary of the pros and cons of mouthwash with hydrogen peroxide:

While dentists use hydrogen peroxide for teeth whitening, home mouth rinses will most likely not have a very noticeable effect on tooth colour, as the percentage used by dentists is much higher (around 25%).

Nor should you attempt to use such a strong solution at home, as you could end up seriously burning your gums or skin, permanently damaging your teeth, or injuring your internal organs.

The bottom line is that when used in highly diluted solutions (and only temporarily), hydrogen peroxide is safe and effective for soothing and healing sores, inflammation, and cuts.

Is it safe to gargle with hydrogen peroxide?

It is safe to gargle with hydrogen peroxide to ease sore throats. You should use a solution of 3% concentration (maximum) and dilute it with two parts of water. Don't gargle hydrogen peroxide for more than 30 seconds and make sure not to swallow any of the solution.

Do you rinse your mouth with water after using hydrogen peroxide?

There is no strong or unified opinion among dentists as to whether you should rinse with water after rinsing with peroxide. The important thing is to not rinse for more than 30 seconds. You should also make sure you use a diluted solution, and make sure to not swallow any. Hydrogen peroxide should also not be used regularly as a mouthwash.

Can you use hydrogen peroxide for oral thrush?

The antiseptic benefits can help you keep your mouth clean if you have oral thrush and relieve symptoms. However, if your thrush symptoms persist, you need to see your doctor.

How do you make a homemade mouthwash with hydrogen peroxide?

To make your own homemade mouth rinse with HP, mix 1 part 3% hydrogen peroxide solution with 2 parts water. Swish for 30 seconds, then spit it out and make sure you don't swallow any. It is also important to remember not to use it for extended periods of time.

Natalie used to work as a Community Health Worker and Health Insurance Navigator. She continues to follow her passion for connecting people with the healthcare they need by writing informative content about dentistry and medicine. 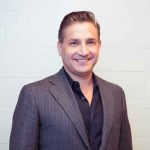 Joseph Salim DMD is a NYC cosmetic and sleep apnea dentist, as well as a botox specialist. In 1996 he founded Sutton Place Dental Associates, a multi-specialty dental practice. Dr. Salim completed his General Practice Residency at the Lutheran Medical Center in New York in 1993. He has received numerous awards, and in 1989 was the recipient of a grant for outstanding academic achievement.
Sources

Bmj.com: COVID-19: What treatments are being investigated? Consulted 19th October 2020.