Mouthwash can freshen breath and eliminate cavity-causing bacteria. But at the same time, store-bought brands are full of chemicals and are not always cheap. The solution? Homemade mouthwash.

Learn how to make your mouthwash at home and say goodbye to unnecessary chemicals and costs.

If you've never made your own mouthwash, you probably have a couple of questions about how to go about doing so.

Why some dentists recommend using mouthwash

There aren't any official guidelines set out by the dental community when it comes to using mouthwash. There are no set rules, and if you use it, the kind you use will depend on your particular mouth.

The NHS advises that a mouthwash with fluoride can help reduce tooth decay when added to your oral hygiene routine. But, they do point out that you should not use mouthwash directly after brushing and flossing; this is so it doesn't wash away the fluoride from your toothpaste.

Another reason dentists advise using mouthwash is that it can reach areas difficult to reach with a toothbrush and help reduce or control plaque, gingivitis, bad breath, and tooth decay.

That being said, dentists also advise against using over-the-counter, cosmetic, and therapeutic mouthwashes more than the prescribed limit.

Ready-made mouthwash can sometimes be harmful to your teeth because it generally contains alcohol and other chemicals. If your mouth is particularly sensitive to alcohol, commercial mouthwash can cause dry mouth and other oral health issues.

In this case, we recommend making your own natural mouthwash recipe at home. Yes, it's possible! Let's take a look at some easy DIY recipes for mouthwashes that you can make at home.

How to make your own homemade mouthwash

The beauty of making your own mouthwash is that you control the ingredients that go into it. You can go for all-natural ingredients or can also add some helpful chemicals like hydrogen peroxide (if you're cautious). The best part is that it's much less expensive than commercial products.

Before we get into recipes, let's discuss which ingredients to use in DIY mouthwash to help treat different dental issues.

The essential oil in mouthwash

There are all sorts of essential oils that you can include in your mouthwash. These oils are said to have antiseptic and antimicrobial properties that help control bacteria in the mouth. Thanks to its classic flavour, peppermint is the most popular essential oil in mouthwash, providing that fresh menthol feeling after you rinse.

Others such as clove oil, tea tree oil, oregano oil, and coconut oil are perfectly acceptable substitutes in your mouthwash if you prefer a different flavour profile.

Some oils, like witch hazel, are said to reduce inflammation or bleeding. You should know that some of these claims have limited scientific support but have been used traditionally for years.

Even though they have similar properties, different brands and flavours of essential oils are not the same. Many mouthwash recipes will combine several types to maximize the benefits you receive. For example, there is an essential oil blend called thieves oil that is often used in recipes on its own or combined with others.

Sometimes instead of using oils, DIYers will use spices or other types of plant extracts in their mouthwash. Two very common examples are aloe vera water and xylitol, used to soothe pain and reduce plaque buildup. Xylitol also acts as a low-calorie sweetener.

Spices like clove, cinnamon, and turmeric are used in mouthwash not just for their flavour, but also for various health benefits.

Turmeric has been used for centuries in Ayurvedic medicine as an anti-inflammatory and antioxidant and reduces the risk of heart disease. Clove is a popular ingredient in mouthwash for its remineralizing properties. Cinnamon and star anise are also believed to reduce cholesterol and blood sugar and alleviate cramps and nausea.

Finally, apple cider vinegar and blue-green algae are both known to be effective pH neutralizers in mouthwash, which help keep bacteria and yeast at healthy levels. This is important for the treatment and prevention of oral thrush.

Oils and extracts from plants are all well and good, but there are certain benefits from mouthwash that they don't provide. In some cases, essential oils can help but won't be as effective as other active ingredients. Here's a list of common active ingredients in DIY mouthwash and their effects:

So now you know what to use in your homemade mouthwash, though you won't be using all of these ingredients at once. Exactly which ones and the quantities of each will depend on the effects you want from your mouthwash.

Many of these ingredients are also used in store-bought products, L-Arginine and Calcium carbonate are commonly found in sensitive mouthwash and hydrogen peroxide or activated charcoal can be found in whitening mouthwash.

Let's look at some of the best home recipes for mouthwash that you can use as a template to adapt as necessary, depending on your desired outcome:

Hydrogen peroxide is an antiseptic ingredient and a very effective whitening agent, but it can also damage teeth when used incorrectly. Using hydrogen peroxide in high concentrations, and too often, can result in damage to the enamel on your teeth. Make sure to only use it diluted, and in very small quantities.

How to make hydrogen peroxide mouthwash

This homemade mouthwash with hydrogen peroxide reduces irritation and helps to whiten teeth. Though you can include some essential oils as well, they may react with the peroxide, reducing the effectiveness of both ingredients. Do not use hydrogen peroxide mouthwash if you have recently had mouth surgery; opt instead for a saltwater mouth rinse.

If you are looking for homemade mouthwash for canker sores then this mouthwash recipe may help. Peppermint oil is a natural anti-inflammatory and when diluted in coconut oil and aloe vera can help soothe the pain.

How to make mouthwash with aloe vera

The aloe and coconut are ideal for alleviating mouth pain and helping treat canker sores. If you want a whitening effect, add a teaspoon of activated charcoal powder together with the essential oils. The mouthwash will also leave you with a soothing herbal sensation after rinsing thanks to the peppermint oil.

As mentioned before, apple cider vinegar and blue-green algae are both ingredients used in mouthwash that can be effective in neutralising pH levels. The following mouthwash is also for treating tooth decay, as the ingredient L-arginine helps to strengthen enamel.

How to make mouthwash with blue-green algae

How to make mouthwash with turmeric

Turmeric can help prevent inflammation in your mouth. This homemade turmeric mouthwash recipe can help prevent periodontal diseases and tooth decay and reduce teeth stains. If you want to include other spices like cinnamon or star anise, simply soak a small amount with the cloves and continue as instructed.

Ask a dentist: Why turmeric mouthwash?

Though chlorhexidine is an effective mouthwash ingredient, it can sometimes result in allergic reactions. Curcumin is a polyphenol present in turmeric that serves as a natural alternative to chlorhexidine.

Based on this, we can say that turmeric mouthwashes have comparable anti-plaque, anti-inflammatory, and anti-microbial properties. Turmeric mouthwash is biocompatible and can be well tolerated by most people without side effects.

How to make mouthwash with tea tree oil

The following video by the DIY blonde includes a recipe for a mouthwash that includes the ingredient, tea tree oil. She also shows you step by step how to make it, and then how to use a mouth rinse.

If you have dry mouth it is best to avoid using any mouthwashes that include alcohol as an ingredient. Using a mouthwash that balances the pH of your saliva can help, and the ingredient xylitol naturally increased saliva production.

Certain foods can be quite damaging for our teeth, especially the ones with high acid levels. These foods cause the pH level of mouth saliva to be more acidic. With the help of this baking soda mouth rinse, you can maintain correct pH levels and still enjoy your favourite acidic foods like apples and coffee.

If you want to try making some of these natural DIY mouth rinses, we've put together this handy chart of ingredients:

Can mouthwash be harmful? What can you use instead of mouthwash?

Commercial mouthwash often contains harsh chemicals. In theory, if you use your mouthwash according to the instructions, and never swallow it, you should be OK.

Additionally, a mouthwash with alcohol or hydrogen peroxide may work for some people and cause harm to others. The biggest problem, though, is when mouthwash manufacturers claim results that they can't deliver.

If you want to avoid typical mouthwash, there are also a couple of techniques (some of which people have used for centuries) that you can use as part of your oral hygiene routine:

Mouthwashes can be beneficial when it comes to maintaining good oral hygiene, and a homemade mouthwash is a viable alternative to over-the-counter natural ones. Easy to make with generic natural ingredients, this solution can also treat oral hygiene issues like bad breath.

So, if you have a knack for DIY solutions, these are ideal for you. And if you like the allure of natural mouthwashes that are free from harmful chemicals, but you don't want to have to make your own at home, we recommend The Natural Dentist's range of natural and organic mouthwashes that soothe, clean and freshen with natural ingredients like aloe vera, cinnamon oil, grapefruit seed, echinacea, and more.

What is the best natural mouthwash for gum disease?

While there are several types of natural mouthwash that you can make at home, it's hard to say which is the best. Select ingredients that are specific to your oral issues. So, creating the best solution will depend on what ingredients suit you better, and that depends on your dental history and personal oral hygiene needs.

Is homemade mouthwash only good for bad breath?

Is it safe to use hydrogen peroxide as a mouth rinse?

Hydrogen peroxide is easy to find and almost every drug store has it. It can solve oral health issues including bad breath and stained teeth, but it's important to dilute it properly before use. 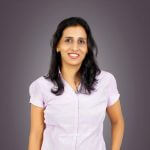 Dr. Rashmi Byakodi is a dentist and a health and wellness writer who aims to spread awareness about health through her words. With her medical background and a passion for writing, she creates health content on various platforms. She believes that with the right knowledge and a healthy lifestyle, we can combat many health issues, and she strives to spread the same through her blog posts.
Sources

NHS. How to Keep Your Teeth Clean. Consulted 8th July 2021

Sensitive Mouthwash
Scroll back to top